Readiris Review , Video Demo and 15% OFF Coupon – NO MORE Retyping

ReadIris is a software that provides OCR (Optical Character Recognition) software in order to convert PDFs, images & other documents into editable text. So imagine you get a file from work & rather than having to manually transcribe it you can use ReadIris to convert to a text file & easily work with it.

The OCR technology works by first importing a document of your choice. It’ll then scan said document & work on converting all text so that you can then export into the desired format of your choice.

ReadIris also offers the ability to detect multiple languages such as French, Japanese, and English. You can import multiple documents into the app be it several pages you want to stitch together or one big document. ReadIris even supports imports from scanners. Scan a document in & have it automatically scanned via the apps OCR. 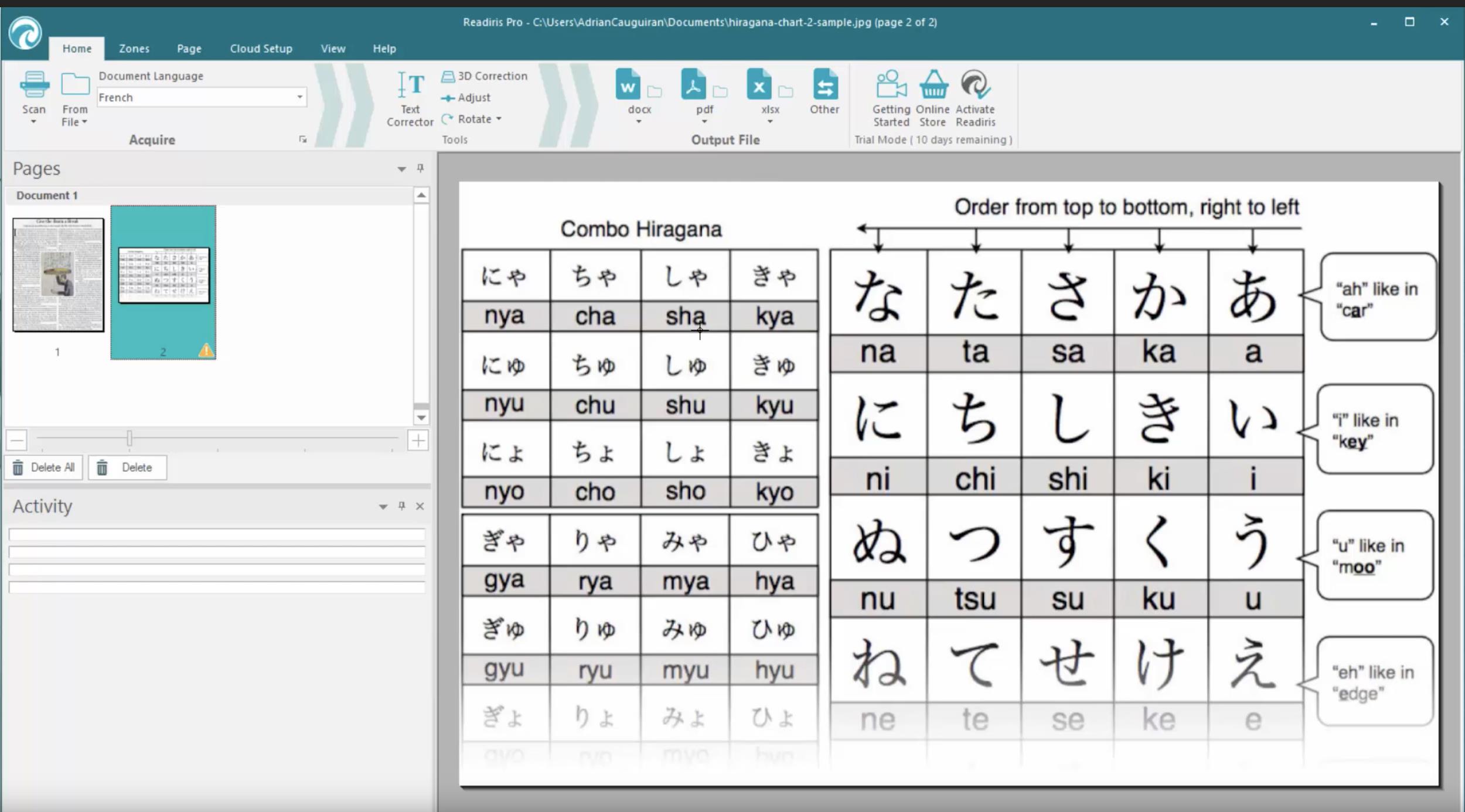 The app does its best to automatically detect the text & convert it for editing. However anything it misses you can manually define zones. By defining zones you can help ReadIris better understand what is text that you want to convert.

Upon final conversion, you can then export to multiple formats such as the popular .doc file to then be able to further edit & revise in an app like Microsoft Word. Beyond this ReadIris has a ton of PDF-based feature such as the ability to password protect your file, compress the pdf, and or merge files together.

The main benefit to an app like ReadIris outside of its various PDF features/support is the OCR tech. Saving you a great deal of time from having to manually transcribe image or PDF documents.

Importing into the app allows you to convert the detected text & make it editable in formats such as docs. Saving you a great deal of time while even supporting multiple languages. Import documents in Japanese, French, German and many more & have it use the OCR tech in order for you to convert into editable text.

In my testing, I imported several documents to test the OCR. Surprisingly even with densely populated PDFs, the app was able to recognize a majority of the text.

Anything that was missed was easily corrected through the manual zones. In my second round of tests, I used a Japanese document & set the language. To my surprise, it did an efficient job of recognizing a majority but not all of the characters.

Outside of the OCR tech, a lot of the other features worked great as well. PDF password protection, merging files, and export options all worked flawlessly.

I’ve had instances in the past where I had to find out how to edit a PDF file or wanted to refine the format. ReadIris made that simple by importing & its OCR tech to simply export out & have a fully editable copy. I can see just from my initial demo how the app can prove to be helpful in multiple scenarios. 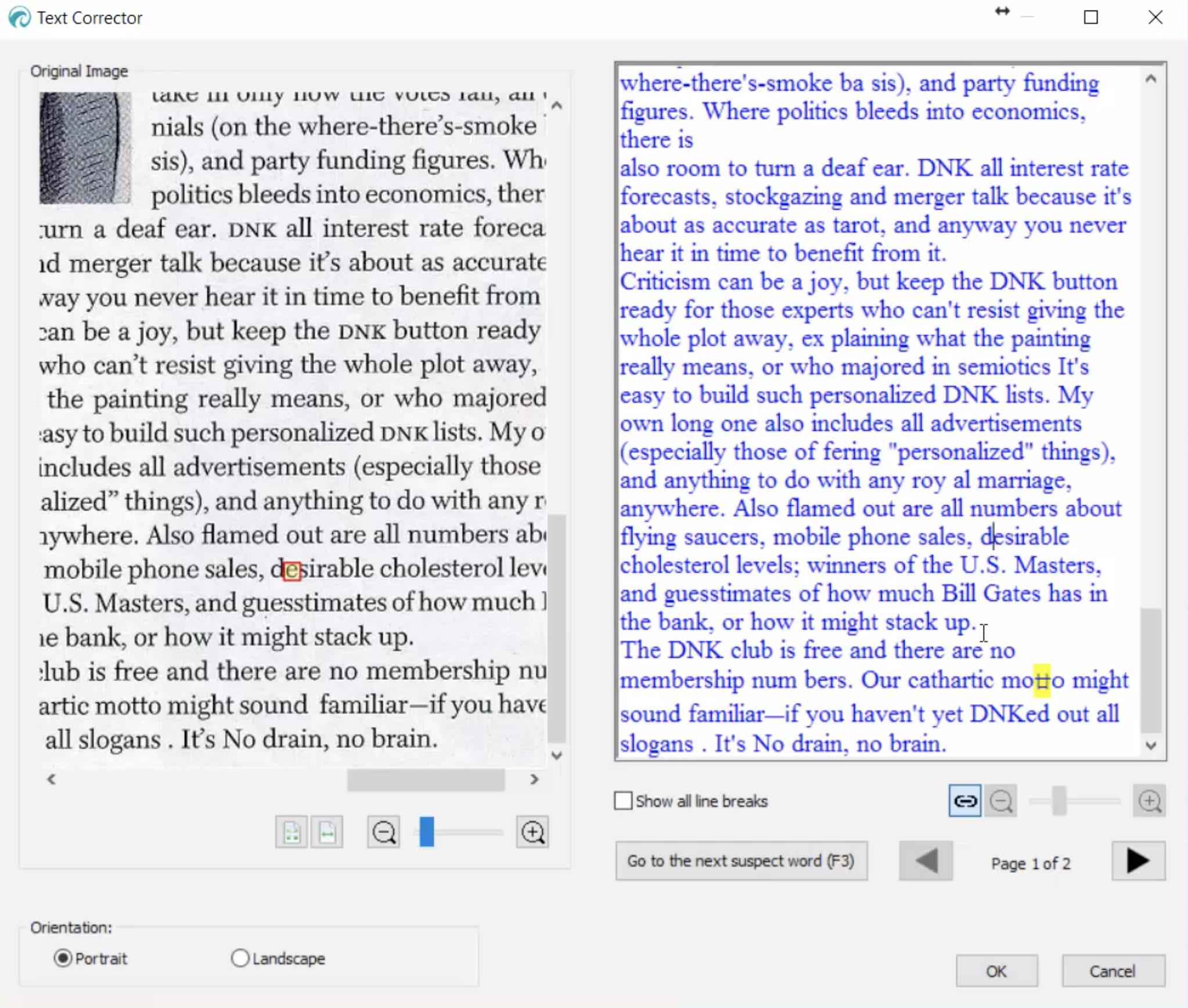 While the app wasn’t 100% perfect the options are all there for you to correct the tech & even in the most dense PDF/image files was able to sort itself out.

The main feature lies in the OCR tech, however, ReadIris offers much more than that in its PDF feature set & other document support

For what you're getting in terms of time saved I feel the price point is justified. The business version runs you much deeper however again this type of tech can save a lot of people time in the business sense.

ReadIris interface makes it easy for you to import, scan the document, and export either with little or no involvement depending on your preferences.

“When it comes to sheer conversion speed and file-saving versatility, Readiris Pro 16 beats the clock for converting scanned documents into editable text, although it tends to produce slightly less accurate results than Abbyy FineReader.” – MacWorld

“Readiris Pro 10 is an excellent application, but its recognition of hand-written material is disappointing — especially considering the company’s bold claims. In our tests, the accuracy rate was only around 85 percent. However, results can be improved by avoiding retracing and broken characters, and by not creating open loops in letters that should be closed. Speed and accuracy in the other standard OCR tests was much better. For instance, it took just 45 seconds to convert a 15-page document into a text file, with very few errors.” – ZDNet

When it comes down to it ReadIris saves you the hassle & time of having to manually transcribe or edit PDF & image files. Allowing you to automatically detect text & convert it into editable files. However, it goes way beyond that by offering you a variety of options as far as manual scanning of documents, multiple language support, and the ability to edit & export the document in various formats.

Split a PDF, merge files, or export into a word doc. The interface is simple enough for anyone to use & get started working. The main document view showcases the file & allows you to see the OCR in action. Business users will find the app highly useful in saving time & document management. All in all the OCR tech isn’t 100% perfect but it does a good enough job to get you off to the races.

Jutoh Review and Video Demo - Read and Watch This Before You Buy!